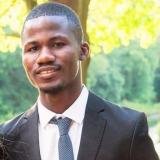 On Tuesday, July 11th, 2017, Turkish Foreign Minister Mevlut Cavusoglu made a historic stopover for a few hours in the Liberian capital, Monrovia and held discussions with President Ellen Johnson-Sirleaf and officials of the Liberian Foreign Ministry.

Mr. Cavusoglu’s visit was aimed at strengthening relations between his cross continental country and Africa's oldest Independent country. Another raison d’être for the Minister’s visit was geared towards Turkey’s incessant efforts to exorcise the “terrorist Fethullah Gulen” establishment in Liberia.

Islam and the distaste of Ataturk and the secular military and secular elites united the two Anatolians now fierce nemesis. The multi-cultural Ottoman (Osmanli) empire established by Sultan Fatih Mehmet was prosperous until the early 20th century, when Europe erupted into a self-destruct war which culminated in World War I. The war weakened the Ottoman Empire and virtually wiped it from the face of the earth.

Predicated upon that, a wave of sectarian movements swept across the empire. People aligned on ethnic and religious lines sought self-determination.

The fact that the Ottomans Empire had aligned with Germany, a losing party in the First World War, gave the victors, led by England and France leverage to encroach on Ottomans' territories. As the French, English and other influences tore into the Ottomans', the badly weakened Caliphate offered virtually no resistance.

Owing to this, the young Turks seized the initiative to protect their cultural heritage and by extension the Islamic faith, widely practiced among the Turks.

Mustafa Kemal Pasha (Atatürk), the revered founder of the Turkish Republic summoned the courage of not only Turks, but the Kurds and Arabs who shared the same religion to fight invading forces. It was a war of catastrophic consequences in death toll, but one that saw Atatürk and his forces emerge victorious and later went on to proclaim the dawn of the new Turkish Republic on October 29, 1923, as a successor to the defunct Ottoman empire.

Ataturk, born in what is today Greece and tasted life in Europe sought to model his country on western values. In fact, Turkey like Liberia are two awesome countries with colossal history, but are suffering mightily to find their true place in the world.  When the Ottomans took over Constantinople, current day Istanbul and its surrounding areas — they regarded themselves as the third Roman Empire (Ucuncu Roma Imparatorluk); a tag Europe refused to honor.

Attaturk instituted new policies, which will come to define Turkey today, leading to the dichotomy between the Liberals mainly situated around the Aegean Sea and the Anatolians who take pride in their Ottoman Islamic heritage.

He dismantled the Caliphate and wiped it from the face of the earth.  The caliph, however, had already ceased to wield power after the Young Turks led by Ataturk won the country’s war of Independence. But fear always lurks that the Caliphate, still regarded in most parts of the Muslim world as head of the religion, could amass enough support to re-impose themselves as the legitimate rulers of Turkey.

Another reason of Ataturk retiring the Caliphate was the ideal to separate politics and everyday life from religion, hence abolishing the caliphate. The caliphs were the natural successors to the Prophet Mohammed (S.A.W). Ataturk barred men from wearing the fez; an Islamic hat and put an end to the Islamic canon law.  He instituted the Language, education and family reforms and brought women into politics and socioeconomic life. The secularists even coined the phrase: “We do not want the face of the Arabs nor the Sweet from Damascus” (“Ne Sam’in sekeri Ne Arabín yuzu istemiyoruz”).

Ataturk’s Republican People’s Party led Turkey until his death at the end of World War II. Post World War II, the consciousness of the Turkish people was raised and they began agitating for an end to the one party rule. Their agitation was aided by the Marshall Plan conditionality which urged Turkey to introduce a multi-party system.

In 1946, the first multi party elections were held which returned the Republican People’s Party to power with a healthy win, but its stranglehold on the country was dwindling. The Democratic Party, which contested the elections as the main opposition accrued just 64 out of the 465 seats.

But the Democratic Party didn’t have to wait long to depose the Republican People's Party through the ballot. In the 1950 elections, The Democratic Party featured one of its founders – a charismatic figure in the person of Adnan Menderes. The party won the elections and went on to improve Turkish economic fortunes after years of declines under Ataturk anointed successor Ismet Inonu.

During Menderes decade long stewardship of Turkey, the country enjoyed broad base economic growth spread across every part of Turkey unlike the Liberal Republican People’s Party which gives more attention to the Liberal elites.

Under Menderes, Turkey was admitted into the North Atlantic Trade Organization (NATO) and shared in the Marshall pie though the country had sat on the fence in the second world war. Ironically, Liberia which participated in the war on the side of the victor – the Allied Power and tremendously aided Western Europe post war reconstruction through the extremely high quality of huge deposits of Iron Ore shipped from mines in the country to the United States, Germany, Sweden and many other European countries in the American sphere was not included in the Marshall plan.

Unlike the staunchly Republican People’s Party, the Democratic Party and Menderes were lenient and even encourage traditional lifestyles and Islam, something which led to the so-called secular Military; protector of the Turkish state, deposing him from power through a  coup and subsequently hanging him.

The military would go on to stage two more coups until 2002 when Charismatic Reccep Tayyip Erdogan and his Justice and Development Party (AKP) which was in bed of convenience with the Fethullah Gulen Hizmet movement came to power.  Gulen had run away from Turkey in 1999 as the secular regime in conjunction with the military sought to put him on trial for remarks he made favoring an Islamic State.

But both Gulen’s and Erdogan’s hate for the military and secular elites united them. Erdogan himself had suffered prosecution from the secular state for reading an Islamic poem at an official program. He was given a 10- month jail term but had a 4-month stint in prison.

Like Menderes, Erdogan used his political skills, coupled with the Gulen infiltrators in the judiciary, police and military and the European accession conditionality to neutralize the secularists within the military.

Several cooked up trials were held on military personnel falsely accused of trying to overthrow the AKP government. Many Turks, especially the Anatolians who had seen their lot improve tremendously under Erdogan supported the trials. Some secular elites who had seen the military dabble in Turkish politics give a muted wink of the eyes.

Gradually, the Gulenists nursed themselves in the state apparatus eliminating anyone who stood in their way. They finally set their eyes on the big pie — the elimination of Erdogan.

However, the secularists feared the Iran saga may replicate in Turkey, wherein Mr. Gülen will make the Hijra (Flight) to usher the country in a whole new epoch based on Sharia laws, as was in Iran when the Ayatollah overthrew the western backed Shah and established Sharia. They warned Prime Minister Erdogan, but he was paying them no heed until the graft protest, which became known as the Gezi Park erupted in 2013.

The Gulen movement had used the canopy of religion to gain substantial power, influence and money. They usually inform the Turkish populace that their institutions in Africa and other least developed countries were rendering Hizmet – charity works thus gaining sympathy from business people and the Turkish state which bankrolled the movement.  However, these institutions were some of the most expensive on the continent. They had gotten so greedy coupled with their wish to turn Turkey into an Islamic state that they would kick anyone in their way to achieve their sinister goal. What they mistake was that the Turkish people, even those in Anatolia who had seen their economic conditions improved, did not want to live in a state regulated by an Ayatollah-like-figure and resented being dictated to in the name of God.

When Cavusoglu came to Liberia and said the Gulen establishment in the country was a Terrorist network, hence should be shut down, few Liberians took to social media and said Liberia should not kowtow to Erdogan dictate. Well, it is not about being subservient to President Erdogan dictate, but putting our country’s interest first.

In a realist world, it is the maximization of the state survival that supersedes everything else. A novel partnership with Turkey will bring Liberia substantial benefits. Turkey per GDP is the largest donor country in the world. It is carrying out an array of developmental works on the continent. The government doesn’t need to confiscate the measly Gulen establishment in Liberia. It can give them an ultimatum to sell to a Liberian entrepreneur.

Turkey has created the Mariff Foundation, which has pledged to erect schools and other essential amenities in Liberia once the two governments cement their bilateral relations.  The Minister said the US$70 million trade volume between the two countries is meager and there was potential to up this figure once there is a steady relationship.

Turkey wants to help Liberia in its agriculture, tourism industry, food, security and trade. The country which straddles east and west is one of the few developing countries that is food sufficient. Liberia has vast arable land, but imports a large amount of rice annually. Turkey already provides annual scholarships to Liberians and the Minister spoke of the need to increase the scholarship quota for Liberia, in earnest, next year.

Simply put, a so-called “terrorist run high school” should not hold the strengthening of relations between Turkey and Liberia. If those who argue in Gulenist’s favor see this as opposition being unduly crushed by a whimsical president, they have the right to argue that way. It can be perceived from a point as a government with the power ridding off an opposition big enough to remove that government from power democratically.

What Gulenist’s sympathizers need to understand is that Gulen and followers are no believers in the tenets of democracy and cannot benefit from the aesthetic of democracy.  A Turkey under Sharia would not be a state that Liberia would want to befriend.

Since the founding of Liberia in 1847, the country has been and remained a part of the free world. The founders of Liberia espoused the freedom of the human person bound by no religion. In that while the founders of Liberia were largely Christians. The constitution of the country still provided for freedom of worship and religion.  Liberia as a country, therefore, will sway from its founders’ dream in allowing the formation of a government based on religion.