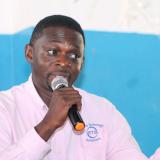 The expansion of the internet and its accompanying technologies has brought both increased efficiency and new methods of communication. Since its (internet) advent, governments around the world have worked assiduously using all forms of Information and Communications Technologies (ICTs) to bring public administration online for the provision of services and information to their “customers” (citizens, businesses, governments, government employees). This is also called electronic government or eGovernment. One aspect of eGovernment involves the use of a single medium or a one-stop shop to deliver services and information to customers of public administration. We refer to this single platform as a “ONE-STOP (ONLINE) GOVERNMENT” which is the focus of today’s article.

The “one-stop (online) government” is a modern approach in public administration reform that integrates of public services from a “customer of public services” - point of view. Under the one-stop paradigm, all of a customer’s business can be completed in a single contact using an electronic portal or ePortal. One-stop customers do not have to hunt around, call back, or repeatedly explain their situation in order to gain services or information.

There several benefits that customers of public administration can enjoy via a one-stop (online) service platform. This includes but is not limited to convenience, accessibility, personalization and availability of services 24/7/365 a year, using any internet connected device. This characterizes the modern paradigm shift in our way of living.  The beauty of a One-stop (online) Government is that decisions that would take days/weeks/months to make are made in a few seconds through automated processes and the click of a mouse.

In order to work seamless and effectively a one-stop (online) government” platform requires that all Ministries, Agencies, Commissions (MACs) of the Liberian government are interconnected through ICTs and that Liberians are able to access public services through a single point (ePortal) even if these services are actually provided by different MACs. One-stop (online) government requires the reengineering of the public sector’s processes. It calls for a holistic framework that supports integrated modelling of electronic public services and synchronization with the technical development.

In Liberia our online one-stop shop portal is in the early stages of development. It provides information and access to limited set of Government services. The goal is to be more transactional with customers of public administration. However; the level of integration necessary to provide advanced transaction capabilities is still a work in progress

EGovernment systems have become prevalent around the world and are now an accepted standard of good government. And they are and have been successful because governments’ eServices run in parallel with existing traditional public service channels in order to bridge the digital divide and avoid excluding large sections of the population from access to government services. In other words, a one-stop (online) government platform supplement, but do not substitute for other government service delivery channels.

EGovernment also improves interagency IT initiatives for the improvement of customer service, to consolidate redundant systems, decrease paperwork, increase productivity and save money. It brings an order of magnitude in improvement in the Government of Liberia’s value to the citizen, especially by its ability to provide decisions effectively and promptly in minutes or hours and not in weeks or months as is done in the traditional settings.

I have said a lot of good things about a one-stop (online) government. It would be disingenuous of me not to indicate some of its challenges. While interest in one-stop-government continues to grow, little knowledge exists regarding crucial success factors and barriers. Filling this gap is particularly difficult, especially in developing countries. The need for a robust telecommunications infrastructure, human capacity, the absence of an eGovernment champion at senior level (usually the head of the nation), the unwillingness of government to make available the amount needed to enhance eGovernment continue to hinder the existence of things such as an one-stop (online) government.

I must say that I am proud of the developments in Liberia’s ICT sector. To reach a point where we are discussing and bringing government online is in fact an indication that a lot has been done to reach this far. By a lot, I mean the following: The development of a national ICT policy, a liberalized ICT market, a national policy maker, regulator and operator, several private operator, connection to a submarine optical fiber cable, a Universal Access program that will soon to start, a Chief Information Officer regime that is underway, an Project/Programs Management office for eGovernment programs, a national initiative to place computer labs in public schools, and now, an online one-stop shop for access to Governments services and information.

These are just a few of the developments in the ICT sector. It would take more than a newspaper article to be able to list all. But I am convinced that the few listed have proved my point. And, if you ask me, I’d tell you that within a decade, we have leapfrogged in to a level of modernity that we could not have achieved in such a short time, a few years ago. I stand corrected of course!

Until next week, Carpe diem!!!