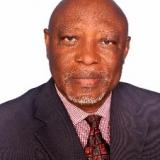 In my thinking thoughts I reflected how in recent times, a wave of ambivalence has surged over partisans of the Liberty Party (LP) regarding which side to take; whether to stay with Musa Bility who has apparently, though peculiarly, assumed full ownership of Bassa Brumskine’s Liberty Party and begun to kick asses, or stay with the kinsmen of Grand Bassa County, including Senators Darius Dillon and Nyonblee Karnga-Lawrence, who are presently diminished and dismissed from their National Executive Council (NEC) for failure to pay membership dues. Bility has also shut down several learned LP stalwarts including the highly erudite man of jurisprudence, Edward Kla Toomey, and brought on board the likes of the defeated Bong County legislative candidate Menipakei Dumoe et al. What a display of raw audacity!

Science and Art of Purging

For the sake of my Brabbies, to purge means to eliminate. For example, to take laxatives or “running stomach medicine” so that all the feces (pupu) and mess can be eliminated from your stomach. No individual purges without reason but when he feels some unpleasant fabrics in his stomach which is causing him a headache and affecting his health, he purges, he shits, and he cleans his stomach.

Back in the day in my village in Rivercess, purging was a science and an art. There were two major reasons why purging took place in our family. Either somebody released bad air from the stomach and Mama or Pa smelled it, or my Mama (Tee) observed one of my siblings showed signs of illness.  She would quickly diagnose it as “your stomach dirty” meaning purging was coming.

Now, instead of purging one person, all of us suffered — or may I say benefitted. She would then have our father push hot pepper with some kind of ground medicinal leaf down our rectums one by one with his pointer finger, or she herself would apply the “tah-tee” which was a semi-cone shape calabash that discharged some liquid into our rectums to purge our stomachs. No sooner had those elements entered our rectums, than our whole bowels loosened up and splashed out (pupu) feces.  I recalled an instance where poor Mama did not move her face fast enough and the feces gushed out and give her pupu face cream. Oh, she was angry more than hell! Within the next few days after the purging, we felt healthy and strong again. I suspect Musa Bility may have gone through some form of purging by his parents as he is currently giving the Liberty Party “tahtee” to clean its stomach. If he did not have such an experience from his parents, his suspension by the Federation of International Football Associations (FIFA) was a typical example of FIFA’s bid to purge itself of corrupt associates.

You see my Brabbies, each political party in Liberia has an identity which it translates as “stronghold” Just as it is not easy to remove President Charles Taylor’s National Patriotic Party (NPP) from its Bong County Kpelle identity, it would be foolhardy to attempt to divorce Lofa from a Unity Party where Daddy Joe Boakai is the de facto idol and spiritual leader. Any attempt to purge George Weah’s Congress for Democratic Change (CDC) from Montserrado, would require serious arm twisting and gnashing of teeth, and of course, raw audacity.

Now, when the Liberty Party was organized, most of our Bassa and Rivercess Brabbies gravitated towards it because its political leader, Cllr. Charles Walker Brumskine, was one of Bassaland’s best and brightest. It was an undebatable commonplace perception that the Bassa-speaking counties were strongholds and identities of the Liberty Party.

Unfortunately, during the 2017 elections, this perception proved to be wrong because President George Weah unmercifully beat Charles Brumskine in his own Bassa stronghold. Suffice it to say, it was for this reason his wife and other family members refused to have his casket paraded around the city of Buchanan. “When the man was alive, y’all left him and voted for George Weah, then it is now that he is dead that y’all want to show him love? Dis casket na going on da your Fair Ground.”

Albeit, in spite of the way the late Cllr Brumskine was treated by the Bassa people, LP still maintained its identity as a Bassa party. Senators Nyonblee Karnga Lawrence and Abraham Darius Dillon ensured they led the band that tooted the identity chorus until they ushered in their own idol turned nemesis, Musa Hassan Bility, who is now kicking asses and punching below the belts.

My Brabbies, to have audacity is to be brave to do something that will make everybody’s mouth wide open. For instance, to say you will stone the President’s convoy, da audacity; for Zogoes to remove dead bodies from their graves and go in there to have sex with their Zogees and born Zogins (zogoe children), of course, da audacity; audacity da for one senator to waste hot tea on another senator for talking bullshit; for a group of representatives to threaten they will flog the other one who has been trained as a vociferous tactical rebel guerilla for cussing the President, da audacity; to say in the 2023 elections you will flog the opposition block with a wide margin, in spite of all their 10,000 collaborations and alliances, yes! That is audacity. For President Putin to say he will arrest the President of Ukraine is an audacious venture. While audacity may seem like a dream or far fetched vision, it is sometimes realistic and possible. From Y2021 to 2022, there has been an increase in audacious acts within the body polity of Liberia with more to come by 2023.

The recent move by Musa Bility to give Liberty Party laxative or running stomach medicine and purge it of Bassagirl Yonblee and Bassaboy Darius from their own Bassaland Liberty Party, like a peppered rectum shooting shit outside and nothing happened, is raw audacity. Recently, after surviving attempts for the elections commission and the courts to oust Musa Bility, he responded by kicking out of the NEC several stalwarts of LP including Senators Dillon and Karnga-Lawrence, who are the pride of the Bassa people, the LP legacy bearers, and LP identity carriers.

Audacity to be Insensitive

Now my Brabbies, as Musa Bility surrounds himself with critical supporters, green pasture seekers, and breakaways to take ownership of the Bassa Brumskine’s party; as he diminishes the Bassa people’s children, he should NOT exhibit audacity to be insensitive to Cllr Charlene Brumskine’s appeal for reason to make demarches, mend fences and restore calm; Bility should NOT be insensitive to the feelings of the other LP partisans and their concerns over his integrity and trust.

In some quarters, people are wondering how Bility’s friends could welcome him with open arms to their party and, in the end, he stabs them in the back, kicks them out, and bids them farewell. After putting their necks and positions on the chopping board, defending his besmeared character, and promoting him as chairman of the Liberty Party and he turns around and stabs them in the back like a Brutus; critical political Brabbies, for their part, are suspecting it was a pre-planned game to scam LP partisans for Senator Steve Zargo to step aside so Musa could become Chairman. Maybe it was a scheme for Dillon, Zargo and Karnga Lawrence to get some cash, cars, and gas from Musa but the plan backfired.

Whatever the case, the issue of Bility’s integrity remains to be considered. One wonders how honest is Bility if he could stab his chief partisans in the back? With such a “Brutus” characteristic, can Alexander Cummings’ ANC trust Musa Bility? Some political zogoes are wondering if CDC would be audacious to open up to Bility if he gave them the same free cash, cars, and gas that he used to take over LP.  Is Musa Bility thinking about the ethical implications of beating one’s friends to death after they made him, even though they may have tripped and crossed his path? Has he communed with Allah regarding the human virtues of prudence, fortitude, justice, love and forgiveness that supersedes the raw audacity of his laxative action?

Brabbies, all I can say is that Brabbie Bility will have to read history and keep looking over his shoulders as he takes over as the new pilot of Bassa Brumskine’s Liberty Party with all the Bassa people standing aside but still on the decks of the vessel and looking. If nothing will happen, we will see!!

As the Bassa people stand aside with mouth wide open over Bility’s audacity; as Bassa Boy Dillon and Bassa Girl Nyonblee lick their wounds in stark regret for bringing Bility to LP; as Charlene Brumskine reflects with disgust over the whole fiasco of her father’s legacy being shamelessly contested, partisans who are sitting on the fence should reflect forward as the LP vessel sets sail with a Musa Hassan Bility as the new pilot and captain on the block. Yes, Sir Musa!; Yes Sir, Captain! But do NOT attempt to pilot Charlene Brumskine’s father’s legacy without Jesus as your compass.

I, therefore, leave all of the partisans of LP with the words of the famous 19th Century hymn writer, Edward Hopper, “Jesus Savior Pilot Me”. At this point of the LP, it is only Jesus who can pilot it to the promised land or wherever it would land, come 2023.

Join me now, Pilot Musa Hassan Bility, Cllr. Charlene Brumskine and all LP partisans, including the ejected Dillon and dejected Karnga-Lawrence, let us sing “Jesus Savior Pilot Me” by Edward Hopper, 1871, and stop rejoicing and lamenting (note the 3rd stanza):

About the AuthorThe Rivercess man, CEO and founder of the Diversified Educators Empowerment Project (DEEP), Mwalimu-koh Teacher M. Blonkanjay Jackson holds a Master of Education from Harvard University, and Master of Science in Mathematics Education from St. Joseph’s University; he is a Yale University Teachers Initiative Math Fellow, and UPENN Teacher Institute Physics Fellow. He is a part-time lecturer at the UL Graduate School of Education. Mr. Jackson served the government of Liberia diligently for four years and returned to private practice as Development Specialist and Education Engineer. The Mwalimu-koh can be reached at 0886681315.