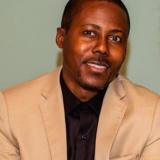 “No more Survivor stories, because people come and record our stories and carry them and make money from our stories and we don’t benefit. They say they are using our stories to raise funds in our names, but we don't see the funds.”

“Meanwhile, no place for our parents to be buried. The place they are currently buried is [now] a basketball court for children who don’t fully understand the significance of the ground on which they are playing. We are tired of telling our stories.”

These were the words of Cyrus Yormie, who spoke on behalf of the survivors of the St. Peter’s Lutheran Church massacre at a memorial service held on July 29, commemorating the 32nd anniversary of the gruesome attack on civilians who had gone to seek refuge in the church’s sanctuary.

Over 600 persons were murdered when government forces loyal to President Samuel Kanyon Doe opened fire in the edifice.

Now the chairperson of the Lutheran Church Massacre Survivors Association (LUMASA), Yormie was only five years old when the incident took place.  As he grew older, he developed his comprehension of all that took place through stories passed down to him by his mother and other survivors.

Yet, 32 years on, the remaining survivors, some now in their seventies, struggle to eke out a living, while in their own way nursing the trauma that seems not to go away.  But what they go through seems to be a microcosm of Liberia’s predicament — perhaps unbeknownst to itself. Many of those who spoke at the program referred to this notion.

In an opening statement at the memorial service, Rev. Janice F. Gonoe, Pastor-in-Charge at St. Peter’s Lutheran Parish, could not ignore the brutal and sometimes deadly assaults against peaceful civilians in the recent past — often with impunity.  There is “no proper justice when citizens are killed,” she said.

As with the St. Peter’s Lutheran Church massacre, there have been numerous notable deaths in the last decade or so, which have shaken the nation but remained unexplained — at least not convincingly in the minds of the public.

And in the absence of satisfactory autopsy examinations, the public often resorts to laying the blame at the feet of none other than their government, with speculations and allegations of murder driven by ritualistic or some other corrupt agenda.  The bottom line — the promise of justice and rule of law continues to be kicked down the road, one violated survivor after another, one act of political violence after another, one gruesome murder after another, one government administration after another.

Such perpetual procrastination is most notably seen in the reluctance of the current and past political administrations to pursue justice for war crimes through the establishment of a war and economic crimes court for Liberia. The rhetoric of reconciliation and forgiveness is perceived by the public as a smokescreen to avoid the bitter pill of accountability.

Uchenna Emelonye, the Country Representative, Office of the United Nations High Commissioner for Human Rights (OHCHR), said it firmly and succinctly: “This is not a matter of forgiveness, but a crime against the state. If the crime that was perpetrated 32 years ago happened today, it would be regarded as an international crime. [And] no government, after 32 years, has apologized for these atrocities. Government should take responsibility.”

As he spoke, eyeballs scanned the sanctuary to see if any official of the Government of Liberia was present. Even later, when some government functionaries that were invited to participate in the program were called on to give remarks, there was no one present to speak on the government’s behalf.

A guest in attendance later opined that, on the heels of the political violence that took place on July 26 near the American Embassy, it would have been quite appropriate — even strategic — for an official of the government to use the occasion to at least assure the public that it denounces violence in all its forms and call for an investigation. Unfortunately, that did not happen.

Delivering a hopeful but sobering perspective of Liberia’s human rights predicament,  Aaron Weah, a scholar in transitional justice, reminded the congregation that, come 2023, Liberia will “commemorate 20 years since the signing of the Accra Comprehensive Peace Agreement.”

This was the agreement that finally brought an end to the hostilities of the Liberian civil war.  Weah is a doctoral researcher at the Transitional Justice Institute (TJI) and the School of Arts, Humanities, and Social Science at Ulster University, Belfast, Northern Ireland.

“It’s the longest stretch of peace and stability that the country has known since we went to war, 24 December 1989,” he explained. “Next year, there will be much celebration. Twenty years of no armed conflict is a significant milestone.

“But beyond the celebration of this milestone,” he continued, “there’s one sober question that we must all endeavor to address: have we reproduced a society that is conscious of yesterday’s violence? Today, Liberians, especially the youth, appear to be more aware of today’s violence and indifferent about the link with yesterday’s violence.

“Why would anyone be surprised or outraged at violence online when we have ignored the recommendations of the Truth and Reconciliation Commission (TRC)? You cannot ignore yesterday’s violence and campaign for the prosecution of today’s violence. Both are inseparable.”

“Yesterday’s violence operated like a seed planted in fertile soil. Today’s violence is the cultivation of the seed planted yesterday — the civil war, the decade of the 1980s, and pre-1980 Liberia. In societies such as Liberia, the past is a continuation of the present. Where violent legacy remains unaddressed, it’s likely to reappear in other forms,” he said. “The notion of ‘let bygones be bygones’ is nothing but wishful thinking. No society exposed to the scale of violence as in the destruction of Liberia has moved on without holding institutions and individuals accountable.”

“For example, Liberians expressing outrage over the brutalization of the University of Liberia student leader, Christopher Walter Sisulu Sivili, are in denial that yesterday’s violence has morphed into a culture of violence that is being perpetrated in some of the most disquieting, casual forms.”

It was not lost on all and sundry that this was still a memorial service. Yet, the fine line between the unfinished business of justice and the call to remembrance of the lives lost (and saved) in the massacre 32 years ago — this compendium of discourse could not have rendered a more compelling case for the proper memorialization of civil war victims for the atrocities they suffered.

“It is important to respect the deceased and the survivors, but also to learn,” said Urban Sjöström, Swedish Ambassador to Liberia. And in the context of “Liberia’s bicentennial and 175th Independence anniversary, it is a time to reflect and learn from history and build a better future. It is important that we never forget, but that we remember and that we learn.”

Following the massacre on July 29, 1990, St. Peter’s parish did what most other massacre-affected communities across Liberia did. They buried the hundreds of corpses in the vicinity of the scene of the crime and marked the spot for remembrance.

In the case of St. Peter’s Lutheran, the corpses were interred in two spots, right in the foreground of the church, which serves primarily as a parking lot. Each spot where the victims are buried is marked with a large white star.

But as Yormie lamented earlier, St. Peter’s also runs an elementary to high school. Therefore, when school is in session, one of the burial spots becomes a basketball court, while the other spot is perpetually a parking lot.  At first, the burial of the victims in the church compound seemed convenient and somewhat appropriate. Now, with the hallowed ground betrodden by parking and play rather than a commemorative cause, survivors believe it is time for a change of venue.

Gonoe, the Pastor-in-Charge, agrees and believes that it is time for a proper memorial facility, one that would educate people about the atrocities of war and also play a transformative role in the community and the nation as a whole.

“The St. Peter’s Lutheran Church is one of the few places that allow us to reflect on the war and its impact,” he observes.

“The 2008 Housing and Population Census remind us that nearly 70% of the population are those aged 35 and below. It means the majority of Liberians alive today were born during war years and after the Accra Peace Agreement. Teaching the younger generation about today’s violence and the link with yesterday is critical.

“Today, as we commemorate the 32nd Anniversary of the St Peter’s Lutheran Church Massacre, let's reflect and be innovative about building memorials with the power to teach and prevent violence to all generations, especially the youth. The demands by Cyrus Yormie, Chairperson, LUMASA, to exhume and rebury the remains of their loved ones (or, to stop the use of the basketball court) is a good place to start.”

In addition, Matthias Yeanay, of the Institute for Research and Democratic Development (IREDD), says his organization is working on a war memorial bill, for hopeful passage into law. According to him, the intent is to memorialize war victims and support the survivors.

It has been a long haul for the massacre survivors. Withholding their stories is not necessarily what they want, but sharing them in a space that will ignite healing and restoration of their dignity.  No doubt, their stories are educational and can be transformative. In the words of Decontee Eva George, an official of the YMCA Liberia, speaking at the memorial service, “learning about the past is the beginning of reconciliation.”