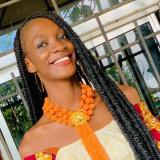 Liberia has been known to be a peaceful and calm country since the end of the civil war in August 2003. In fact, it is often referred to as a Sweet Land of Liberty. But is this maxim or aphorism still true today?

Mysterious deaths and ritualistic killings were visible during President Ellen Johnson-Sirleaf’s administration. But why has it drastically increased during this administration? Why now and what’s going on? After the ascendency of ex-Soccer Legend George M. Weah in 2018, Liberians were promised and reassured of a better and safer Liberia; A Liberia where women and children would feel protected and secured; One where the press would be free and citizens would not be hunted because of their individual stance on issues or political affiliation.

A Liberia where the rule of law would be respected and justice would be equally discharged/dispensed to all regardless of status, religion, ethnicity, and background. One that puts the security, safety, and wellbeing of the citizens above all other national priorities.

We weren’t promised a Liberia of terror, horror, and fear as it is being seen today. President Weah’s inaugural speech 4 years ago gave many Liberians renewed hope and assurance of a new Liberia, but are we experiencing that new Liberia? Just a few months into Mr. Weah’s Presidency, things began to go the opposite. A big corruption scandal broke out; the infamous alleged missing 16 billion LRD.

After the release of a damning report surrounding this saga, which established that over 2 billion LRD was unaccounted for, two Liberian professionals who were declared persons of interest in the investigation mysteriously died. Mr. Matthew J. Innis, who was the Deputy Director for Micro-Finance in the Regulation and Supervision Department at the Central Bank of Liberia (CBL) died in an alleged hit-and-run in March 2019.

According to FrontPage Africa, another employee identified as Mr. Kollie Ballah, a general support staff at the CBL, who was believed to be the one that drove one of the trucks with the LD 16 billion from the Freeport, also died in an accident. What seemed like a week’s thing would soon turn into a never ending nightmare for Liberians.

This was the start of another terrifying episode of mysterious deaths, continued disappearances, and ritualistic killings under the leadership of the newly-elected President, George M. Weah. A year later on October 2, 2020, Mrs. Gifty Lama, Acting Manager of Tax Services at the LRA and Mr. Albert Peters, Assistant Commissioner for Internal Audit at LRA were found dead in a vehicle on Broad Street in Monrovia. Two days later, another auditor of the LRA, Mr. George Fahnboto reportedly died in a vehicle accident along the 72nd Boulevard according to FPA. Still dealing with the mysterious deaths of these three auditors, on October 10, the Head of the Internal Audit Agency (IAA), Emmanuel Barten Nyeswa, was also found dead in his compound along the 72nd boulevard.

The death of the four (4) auditors within a period of two weeks sparked huge fear among Liberians who found themselves in the auditing field and every other sector. People could no longer feel safe to be in the streets at night. An autopsy was conducted and the results were released in November. This created mixed reaction among Liberians including family members of the deceased. At first, the mysterious deaths were just circulating among Liberian professionals, especially those in government, but soon, this fearful tragedy extended to every Liberian in the country. A wave of mysterious disappearances and ritualistic killings took center stage in the country.

Shockingly, three boys who were hired by the Proprietor of the St. Moses Funeral Parlor went missing on October 17. Robert M. Blamo, Jr., Bobby S. Gbeanquoi, and Siafa G. Boimah reportedly drowned in a river in Bong County while returning home in a canoe which allegedly capsized. Mr. Moses Ahossoushe was accused by some family members of the missing boys of being involved in ritualistic killings but he denied the claim. This incident led to a series of protests organized by family members and other concerned Liberians. Up till now, this matter has not been fully resolved.

After a devastating 2020, Liberians expected a boost of security in 2021 to ensure that these mysterious incidences are minimized. Unfortunately, the situation got worse. On March 2, 2021, FPA reported that the body of a woman who was gruesomely murdered was discovered in the 72nd community in Paynesville. According to the police spokesman, Moses Carter, the police was investigating the mysterious death of a 46-year-old woman identified as Florence Massaquoi. Prior to this, the lifeless body of a man believed to be in his 30s was also discovered in the Outland community near the Benson hospital.

Investigation into these cases were still ongoing when another case involving a 22-year-old boy identified as Mordecial Nyemah was reported. He was found in a rubber bush in Plebo Sodoken District with body parts extracted. These numerous cases of mysterious killings have rapidly increased over the past few months and it is alarming.

Just this month of September 2021, there have been several cases of kidnapping and killing of women and men with parts extracted from their bodies. An employee of the LRA reportedly went missing and is yet to be found. On Tuesday, September 14, 2021, the lifeless body of a woman was discovered on a beach on 17th street, Sinkor. The latest incident to occur was involving a woman believed to be in her early 40s. She was discovered dead and half-naked with bruises all over her body in Caldwell on Monday, September 27, 2021. All of these mysterious happenings, coupled with the testimonies from some women who were survivors of kidnapping/abduction for ritual purposes and the startling revelation made by the former manager of the Liberia Airport Authority (LAA), have instilled fear in every citizen, especially women. Madam Ellen Corkrum accused the Solicitor General of Liberia, Syrenius Cephus and others of being involved in the killing of young virgins for ritualistic purposes, but he denied the allegation.

With everything that is going on which I consider a “Horror Movie”, the fundamental question is “how did we get here”? How did Liberia get to this point? Liberians are no longer safe in their own country. Women and girls can no longer walk around freely without worrying about someone putting a white handkerchief to their nose or drugging their drink. We no longer feel safe riding a vehicle, a motorcycle, or a tricycle.

Borrowing the lyrics from the famous “Liar man” song, sung by President Weah, “why are we being tracked down in our own country?” What did Liberians do to deserve this kind of terror and harassment? As though the massive corruption, bad economy, poor educational and healthcare system, appalling living conditions of the people, and the high level of sexual and gender-based violence perpetrated against women are not enough, Liberians are made to suffer painful and gruesome killings due to heartlessness and greed by evil people, some of whom have been entrusted with state power.

Instead of providing security for the people as duty-bearers, they are using the very power to kill people and go with impunity. The situation confronting Liberians is more like the common saying “adding insult to injury or ma die, pa crazy”. It can be recalled that Pres. Weah, speaking during the signing of the book of condolence for the former Internal Audit Agency (IAA) boss, informed Liberians to be their own security thus urging government officials and ordinary citizens to buy and install CCTV camera in their various homes for security protection.

But my question to the president is, did the IAA boss not have CCTV cameras at his house? He did, but did the cameras provide him security protection? No, they didn’t. Did Pres. Weah do a background check before making such a statement? I don’t think so. How many Liberians can afford to install CCTV cameras in their homes and even if some can afford, does Liberia have stable and accessible electricity to run the CCTV cameras? No.

Didn’t the President consider residents of Brewerville, Bentol, Fendall, Careysburg, Johnsonville and Liberians in rural areas who don’t have electricity at all? I don’t think he did. How do you expect an old lady or an oldman in Butuo, Salayea, Belle Yala, Pleebo and other villages to operate CCTV cameras?

The situation in the country is horrible and unacceptable. Liberians don’t deserve this kind of terror and wickedness. In the 21 century, when other third world countries are keen on improving their country, coming up with new ideas and inventions, our country is still dealing with the issue of ritualistic killing. Are we serious? This madness must stop. President Weah and the entire joint security force need to take siege of this matter and put it under control once and for all.

Mr. President, you promised to uphold and defend the Constitution of this Republic and that Constitution guarantees every Liberian the right to life and security; therefore, you must ensure that you uphold and defend those rights. I don’t think this is the kind of Liberia you want. If that’s the case, than you must act now against ritualistic killing. The disappearances and killings must stop. Everyone has the right to Life, Liberty and Security of Person. The universal declaration of human rights guarantees that. So, no one has the right to deprive others of living. Mr. President, Mr. Speaker. Mr. Chief Justice, Hon. Daniel Ziakan, Hon. Prince C. Johnson, Col. Patrick Sudue, Cllr. Musa Dean and every other person in the government, we are calling on you to act now and ensure our sisters, mothers, brothers, fathers, and children are protected.

To our partners, the US Embassy, EU, ECOWAS, OAU, Civil society Organizations, and others, we are also calling on you to intervene in this matter. We must go beyond issuing statements and press releases. Let’s take action together. Either now or never!