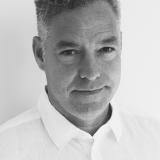 A collection of makeshift warehouses sits along the highway in the Ghout al-Shaal neighborhood of Tripoli, Libya, as unremarkable as a scrap yard. Formerly a storage depot for drywall, rebar, and lumber, the site was reopened in January 2021, its walls newly heightened and topped with barbed wire. On the east side of the compound, a dozen men, dressed in black and blue camouflage uniforms, some armed with Kalashnikov rifles, stand around a blue shipping container that passes for an office. At the front gate of the facility, a sign reads, “Directorate for Combatting Illegal Migration.” In fact, the facility is a secretive migrant prison known as Al Mabani, which means, simply, “The Buildings.”

At 3 a.m. on February 5th, 2021, Aliou Candé, a twenty-eight-year-old migrant from Guinea Bissau, was brought to the prison. Candé was short and sturdy, very shy, and walked lightly in unlaced sneakers, as if he might sprint away if he could. Seventeen months before, he had left home because his farm was failing, and set out to join his brothers in Europe. But, as he crossed the Mediterranean Sea on a crowded raft, he had been intercepted by the Libyan Coast Guard, and brought to the prison. He and a hundred other migrants from his raft were pushed into Cell No. 4, which held some three hundred migrants. Fluorescent lights hanging from the ceiling were never turned off. A small grille in the main door, about a foot wide, was the only source of natural light. Escaped birds from a nearby coop nested in the ceiling rafters, their droppings and feathers falling down from above. There was virtually no space to sit down, and the migrants already occupying the floor slid over to avoid being trampled. Candé crowded into a far corner, beginning to panic. “What should we do?” he asked a cellmate.

In the past six or so years, The European Union, weary of the financial and political costs of streams of migrants coming from sub-Saharan Africa, has created a shadowy system that stops migrants before they reach Europe’s shores. It has funded, trained, and equipped the Libyan Coast Guard, a quasi-military organization, which now patrols the Mediterranean, sabotaging humanitarian rescue operations and capturing migrants bound for Europe. The migrants are then funneled into a system of gulags in Libya, where they are held indefinitely, without due process. The jails are typically run by one of Libya’s many powerful, competing militias. In the first seven months of this year, some six thousand migrants were sent to these facilities, the majority to Al Mabani. International aid agencies have documented an array of abuses at the facilities: the use of electric shocks on detainees, children raped by guards, migrant families extorted for ransom, men and women sold into forced labor. “The EU created something they carefully considered and planned for many years. Create a hellhole in Libya with the idea of deterring people from heading to Europe,” said Salah Marghani, a human rights lawyer who served as Libya’s Minister of Justice from 2012 to 2014.

Candé grew up on a farm near the remote village of Sintchan Demba Gaira, Guinea Bissau, a three-hour drive from the country’s capital. The village has no cell reception, paved roads, plumbing, or electricity. Candé lived in a single-level clay house—half painted yellow and the other half blue—with his wife, Hava, and their two sons, eight and five. Next to his house is a tree where his family and friends gather to have tea and talk, sitting on water cans and plastic chairs. Candé had always been restless in Sintchan Demba Gaira; he listened to foreign musicians like Wyclef Jean, Bob Marley, and Carlos Djedje, and closely followed European soccer clubs. He spoke several languages, including Bambara, English, Kreole, French, and Pulaar, and was in the midst of teaching himself Portuguese, because he hoped one day to live in Portugal. “Aliou was a very lovely boy—never in any trouble,” Jacaria, one of his brothers, told me. “He was a hard worker. People respected him.”

Candé’s farm produced cassava, yams, and cashews—a crop that accounts for ninety per cent of the country’s exports. But recently, weather patterns had shifted, probably as a result of climate change. “We don’t feel the cold during the cold season anymore, and the heat comes earlier than it should,” Jacaria said. Flooding had worsened, leaving Candé’s farm accessible only by canoe for much of the year. Droughts lasted twice as long as when his father tilled the land. His four skinny cows produced only enough milk for his children to drink it once a month. Increased temperatures also meant more mosquitos, which spread diseases like meningitis. In 2018, when one of Candé’s sons caught malaria, the journey to the hospital took a day by donkey cart, and the illness was almost fatal.

Candé, who was a pious Muslim, often spoke of failing before God to give his family what it needed. “He felt guilty and envious,” Bobo, another of Cande’s brothers, told me. Little help seemed forthcoming. “We don’t expect anything from the state,” Jacaria said. “The state has never given us even a single bag of rice.” Jacaria had emigrated to Spain, and Denbas to Italy. Both brothers sent home money and photographs of fancy restaurants. “Whoever goes abroad brings fortune at home,” Samba, Candé’s father, said. Candé’s wife was eight months pregnant, but his family encouraged him to travel to Europe too, promising that they would look after his children. “All the people of his generation went abroad and succeeded,” his mother, Aminatta, recounted him saying to her. “So why not him.” On the morning of September 13th, 2019, Candé set out for Europe, carrying two pairs of pants, two T-shirts, a leather diary, a Quran, and six hundred Euros. “I don’t know how long this will take,” Candé told his wife, that morning. “But I love you, and I’ll be back.”

Now inside Al Mabani, Candé had no idea where he was being held, and no one in the outside world knew that he had been captured. He wasn’t being charged with a crime, or allowed to speak to a lawyer, and had been given no indication of whether he would ever be allowed to leave. In his early days at the prison, he kept mostly to himself, submitting to the grim routines of the place. There were some fifteen hundred migrants held at the prison, in eight faceless cells segregated by gender. The prison was controlled by a militia  calling itself the Public Security Agency, and its armed men patrolled the compound. There was only one toilet for every hundred people, and Cande often had to urinate in a water bottle or defecate in the showers. Sleep occurred on thin foam pads on the floor that were infested with lice, scabies, and fleas. There weren’t enough mats, so pairs of men took turns sleeping: one during the day, the other at night. Twice a day, Candé and other migrants were marched, single-file, into the jail’s courtyard for meals; they were forbidden from looking up at the sky, or opening their mouths during the walk. Like zookeepers, guards put large, shared bowls of food on the ground, and migrants gathered in circles to eat from the floor.

Anyone who disobeyed the guards’ orders was beaten with whatever was handy: a shovel, a hosepipe, a cable, a tree branch. There were dark accounts shared among the migrants of troublemakers being tortured. Detainees speculated that the guards were dumping those who died inside Al Mabani in a pile of brick and plaster rubble behind one of the compound’s outer walls. Some of the migrants had scrawled graffiti on the walls of the cells, small acts of hope: “A soldier never retreats,” read one; another: “With our eyes closed, we advance. God only knows our victory.” But Candé soon learned that there was only one way out of the prison. Guards offered migrants their freedom for a fee of twenty-five hundred Libyan dinars—about five hundred dollars. During meals, the guards walked around with a cell phone, offering to let migrants call parents who could pay. Candé knew that his family could never afford the ransom, which left him, like most other detainees, stuck. “If you don’t have anybody to call, you just sit down,” said Tokam Martin Luther, an older man from Cameroon.

Three weeks after Candé arrived, a group of detainees hatched a plan for escape. Moussa Korouma, a migrant from Ivory Coast, and several others defecated into a waste bin and left it in the cell’s corner for two days, until the stench became overpowering. “It was hell because it was my first time in prison,” said Korouma. “I was terrified.” When guards opened the cell doors, nineteen migrants burst past them. They climbed on top of a low-roofed bathroom, dropped down fifteen feet over the walls, and disappeared into a warren of alleyways near the prison, escaping to freedom. For those who remained, the consequences were bloody. That evening, Al Mabani’s guards called in reinforcements, who sprayed bullets into the cells. They then entered and began beating inmates. “There was one guy in my ward that they beat with a gun on his head, until he fainted and started shaking,” a migrant later told Amnesty International. “They didn’t call an ambulance to come get him that night; he was still breathing, but he was not able to talk. I don’t know what happened to him. I don’t know what he had done.”

Candé kept his head down in the weeks that followed, speaking politely to guards and biding his time. He clung to a hopeful rumor that he had heard around the prison: that the guards planned to release the migrants in his cell in honor of Ramadan, nine weeks off. If he could survive until then, he thought, he had a chance at surviving. Tokram Martin Luther, who slept on the pad next to Candé’s, wrote of the excitement running through the prison in a diary that he kept. “The lord is miraculous,” he wrote. “May his grace continue to protect all migrants around the world and especially those from Libya.”

Ian Urbina is the director of The Outlaw Ocean Project, a non-profit journalism organization based in Washington DC that focuses on environmental and human rights concerns at sea globally.