As part of activities to commemorate the 14th anniversary of the Confucius Institute at the University of Liberia (CIUL), at least 13 Students were awarded certificates after performing live on stage in a singing competition in the Chinese language.

The event, which was organized by CIUL was also characterized by a series of intellectual and Chinese cultural displays including a lecture on the importance of “Chinese Traditional Medicine”.

In commemoration of the institute’s 14th anniversary, Guo Jian, a visiting Doctor from China, in a PowerPoint presentation highlighted the use and importance of acupuncture with practical demonstration on senior CIUL Administrators, guests, including this reporter.

A singing competition was also held to showcase Liberian students’ talents in the Chinese language. These activities were all aimed at making the institute’s 14th Anniversary colorful.

The Institute was established at the University to teach Liberian students Chinese Language and Culture as well provide other opportunities for young Liberians.

CIUL is the only institution providing Chinese language courses for free and the only Chinese Test Center to organize HSK, HSKK, in Liberia. CIUL aims to promote cultural exchange and friendship between Liberia and China.

In brief remarks at the occasion, CIUL's Director, Dexter Sumo, acknowledged the level of achievements by the Institute.  “Since the inception, [up to] the CIUL’s 14th year now, we have produced competent scholars and we are proud to announce,” he boasted. 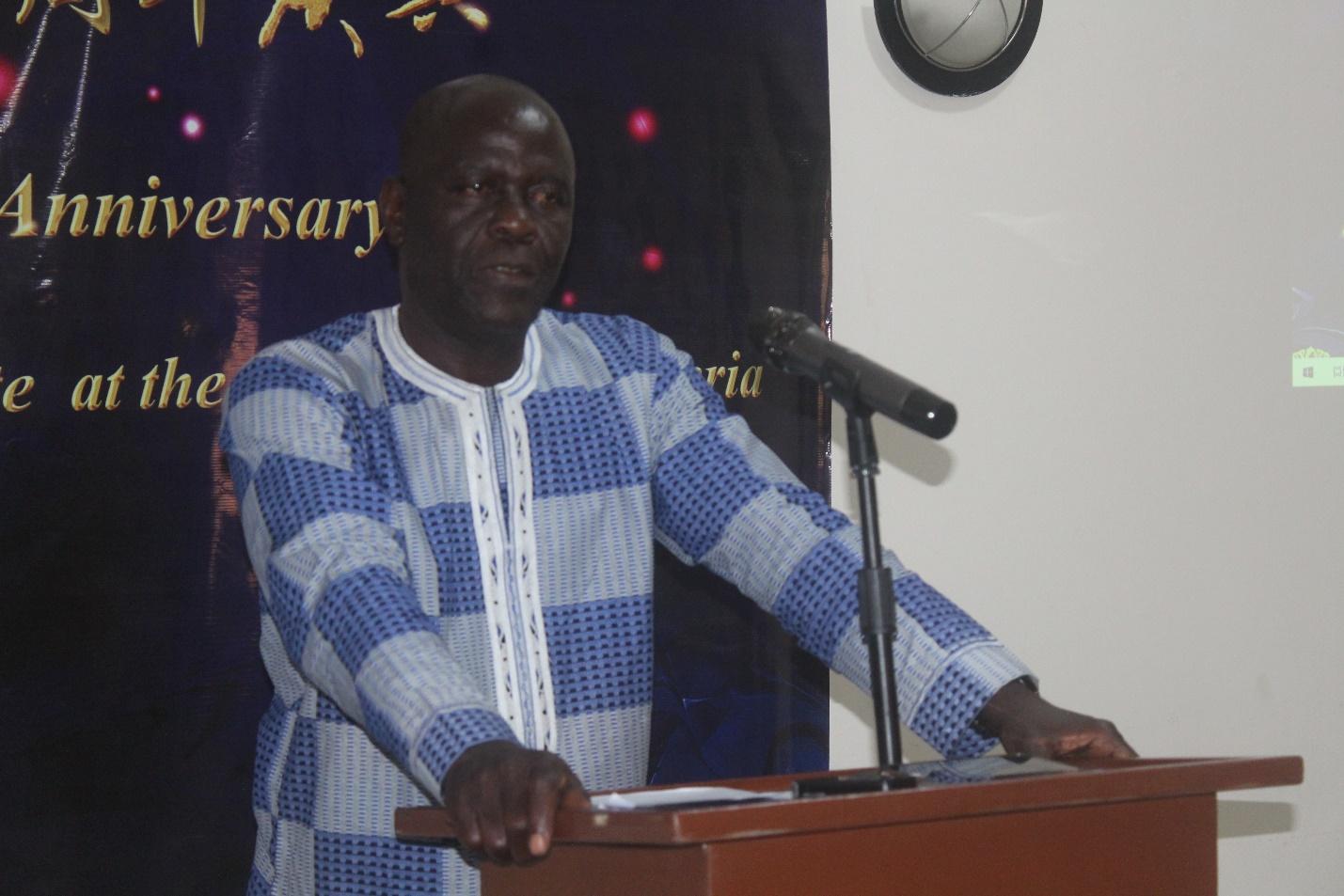 Dexter Sumo, Director of the Confucius Institute (CI) at the University of Liberia (CIUL)

He described the Institute’s students as a soil while they are the seed, “because if we plant into the sold; we expect germination and for a seed to germinate, we expect fruit that goes across for everyone to enjoy.”

Sumo expressed excitement over the institute’s achievements since its foundation, and disclosed that five students are currently studying at various Universities in China. These students, according to him, have been there for the past three years now and are expected to return any time next year to contribute to Liberia’s educational sector through the CIUL.

“This year we sent another student to China for a master’s program, while another one is starting his Bachelor of Arts (BSc) program in the Chinese language. We are proud of what we do at CIUL and this is a worthy celebration,” said Director Sumo.

In addition to offering Certificate, Diploma, Elective and Minor courses at the two campuses of the University of Liberia, compulsory Chinese courses are offered by CIUL at 6 teaching points, including 4 primary and secondary schools and 2 vocational technical colleges (the Salvation Army Polytechnic and the Netlib Vocational Training Institute). CIUL has always been committed to sustainable development, especially in the training of local teachers.

Despite the institute’s numerous accomplishments since its foundation, there have been some constraints that include but are not limited to: COVID-19 pandemic, poor economic backgrounds of Chinese language learners, lack of modern learning technology, poor internet connectivity, abrupt breaks in learning process, among others. However the ability of the Institute to address these constraints remains key to achieving its goals.

In order to address these constraints, CIUL  has committed effectively to expand the Chinese Language teaching programs outside the classrooms, thereby providing opportunities for people who are interested in learning Chinese but do not have the opportunity to enter the classroom.

In addition to offering a variety of classroom courses (online courses are not practical in Liberia due to the lack of internet facilities. As part of efforts to reach out to more people the Liberia Broadcasting System (LBS) is also used to offer "Chinese in the Air" throughout the year.

Geegbee A. Geegbee, Director of MBA, MPA Graduate Program at the UL, recounted China’s huge contribution as key in improving learning conditions at the UL.  China has over the years contributed to education, infrastructure development, Health Agriculture among other things.

He also described the partnership between the Confucius Institute and UL as cardinal in the development of UL students, which he said must be recognized at all times. Geegbee: “I want to challenge those of you who are benefiting from CIUL to continue to carry the good news of China and continue to work with them.”